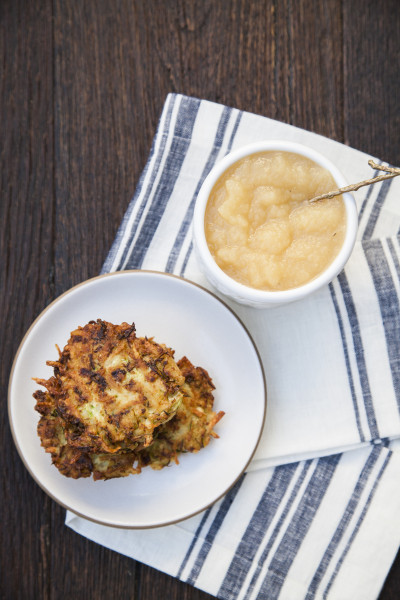 I think I’ve mentioned this before, but I learned how to make latkes from an unlikely source — my Puerto Rican mother-in-law, who like me, also did not grow up Jewish.  But let me tell you something.  That woman makes the best latkes I have ever had.  The. Best.  And I’ve had a lot.  They’re a cross between lacy and meaty, with the perfect crispiness and seasoning.  No one even cares what else is on the Hanukkah dinner menu since we all practically make a meal of latkes as they come out of the frying pan. 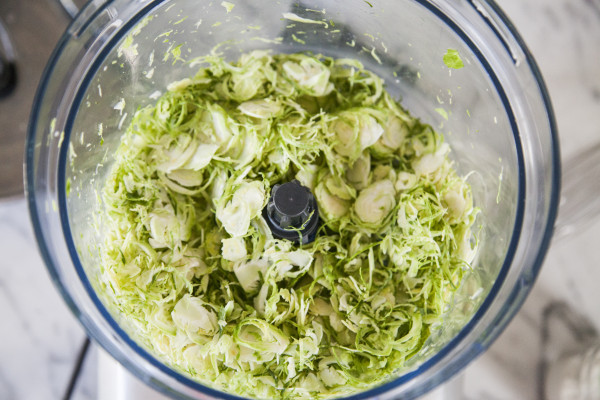 Since there are still 4 nights of Hanukkah left, I thought I would squeeze in this recipe.  Full disclosure though, these are not my mother-in-law’s latkes.  She wouldn’t dare mess around with Brussels sprouts or anything too healthy.  She’s pretty straightforward — all potato and onion.  And no one complains.  But I taught these in my classes this month and everyone has been raving.  Personally, I would love to substitute a little more Brussels sprout for potato, but my family stopped me here, the point where they couldn’t tell there were Brussels sprouts in there.   I am crazy for Brussels sprouts and love the taste, so I think a little more would be a good thing. 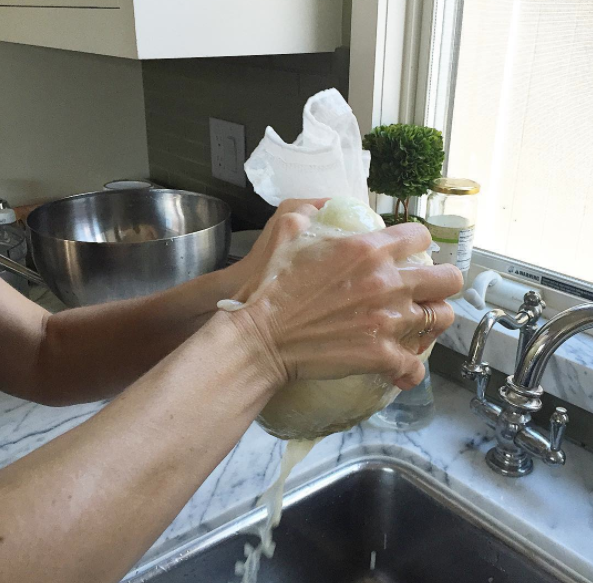 I originally got the idea for using Brussels sprouts from my talented friend, Phoebe Lapine, who has a blog called “Feed Me Phoebe.”  She actually makes her latkes with all Brussels sprouts!  How about that?  And she serves them up with an anchovy aioli.  So fun to be young and cooking for not picky children.  I would love anchovy aioli.  I digress.  I merely took my basic latke recipe and subbed in 1/2 pound of Brussels sprouts which I sliced in my food processor.  And yes, I use a food processor to make latkes.  They do not taste better when the potatoes and onions are grated by hand.  That is an old wives tale meant to make all the ladies who lost their knuckle skin feel better.  Using a food processor is awesome, fun and the way to go.  See my post for how to use your food processor if this intimidates you.  If you know how to use a toaster oven, you can use a food processor! 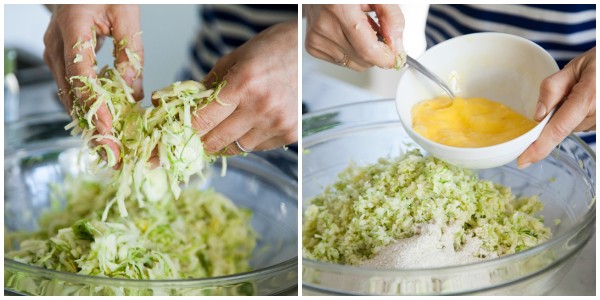 A couple of latke-making tips: 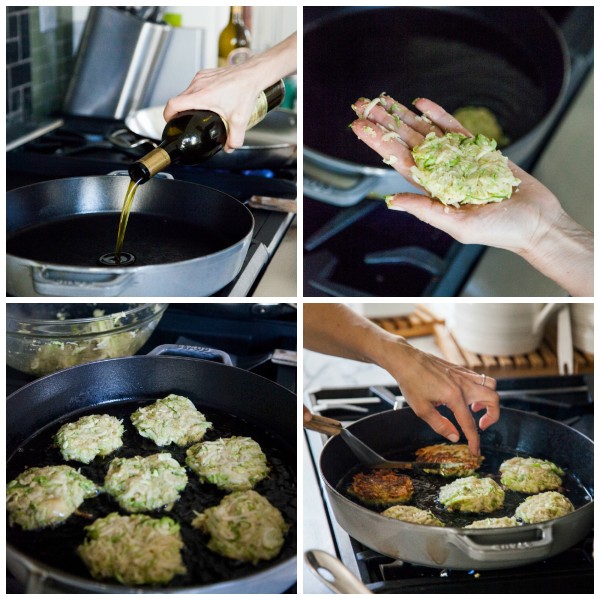 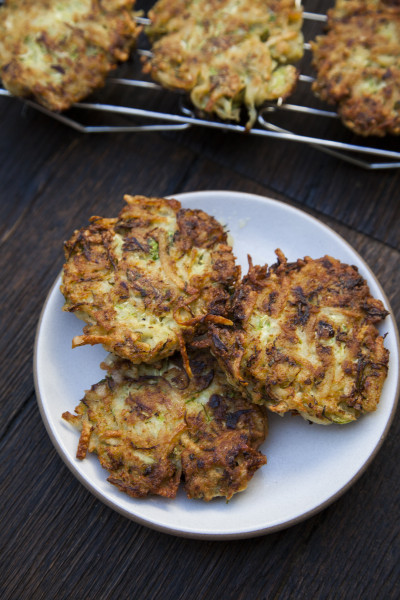 If you do celebrate Hanukkah, have a joyful rest of the holiday.  For everyone else, I’ve got you covered with some fab Christmas and party recipes coming up! 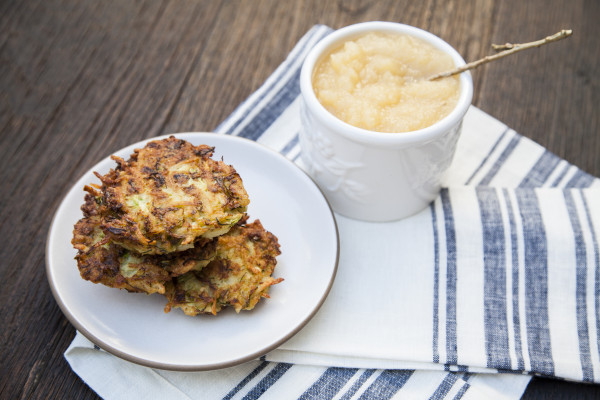 Shop the tools I used for this recipe by clicking on the images below:

Save Print
Brussels Sprout Latkes Recipe
Author: Pamela
Serves: 15-20
Ingredients
Instructions
Notes
*If you don't want any "meatiness" to your latkes and prefer all lacy-ness (not really a word, but you know what I mean), don't pulse the vegetables.
3.3.3077