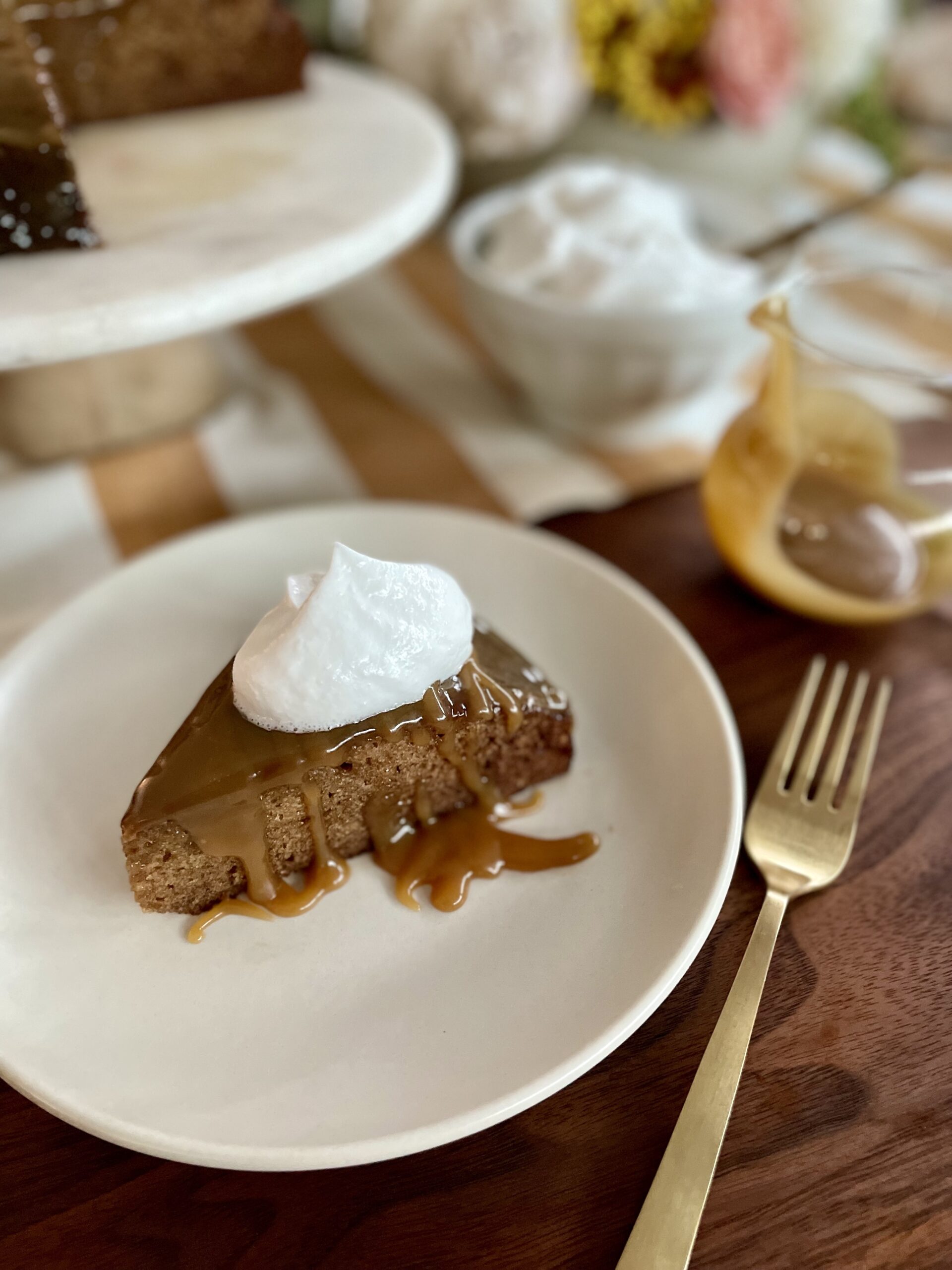 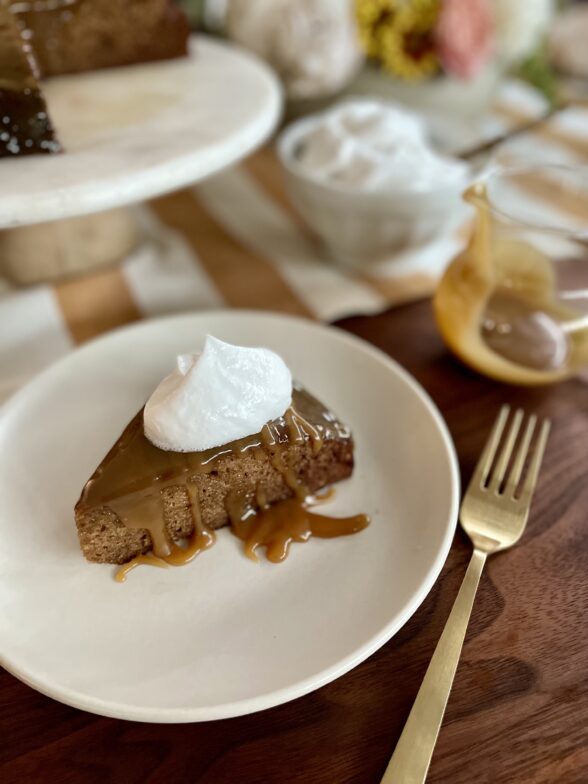 My daughter Anna and I are huge fans of “The Great British Baking Show.” We are not normally cooking competition consumers, but this one has us captivated! It was actually because of this show that I learned that British “pudding” is not like American pudding.  I always assumed pudding was pudding.  Not so! 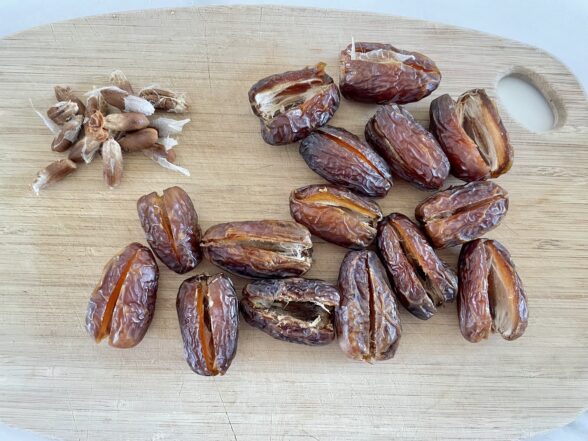 British pudding can be sweet or savory and it seems as though (but I am no expert) puddings used to refer to something steamed or boiled in something else like a cloth or intestines.  Some examples of savory pudding are Yorkshire pudding (fried batter smothered in gravy) and black pudding (made from pork or beef blood.) Sweet pudding could be a cake or sometimes the word pudding just refers to “dessert,” and can even refer to something that used to be steamed and is now baked.   Honestly, I have read and heard many variations on what British “pudding” means.  But my favorite pudding recipe is this – Sticky Toffee Pudding, aka STP.

Sticky Toffee Pudding, which may have originated in Canada, not Britain, is a light, fragrant, and ultra-moist cake with the most glorious toffee sauce poured on top while it is still warm. I don’t normally serve cakes warm, but this one I do.  You can basically serve it out of the oven or make it a day or two in advance and reheat it.  Or serve it at room temp.  It is one of my favorite desserts to order in a restaurant and one that I thought was impossibly difficult to make.  Not so!

It’s truly perfect for entertaining because it holds up beautifully at room temperature for a day or two. And I have never met anyone who doesn’t love the deep, rich flavor of toffee.  If you want to take this to the next level, serve with whipped cream or vanilla ice cream.  You can even make the batter in muffin tins for individual puddings.  So cute!

I like to poke the cake to allow the sauce to permeate the crumb.  But you don’t have to. You can just pour on top and let it soak in slowly.  If you LOVE sauce, double the recipe and serve extra on the side.  In fact, you may love this sauce so much, you might make it on its own to serve with roasted fruit and ice cream or as a dip for apples. 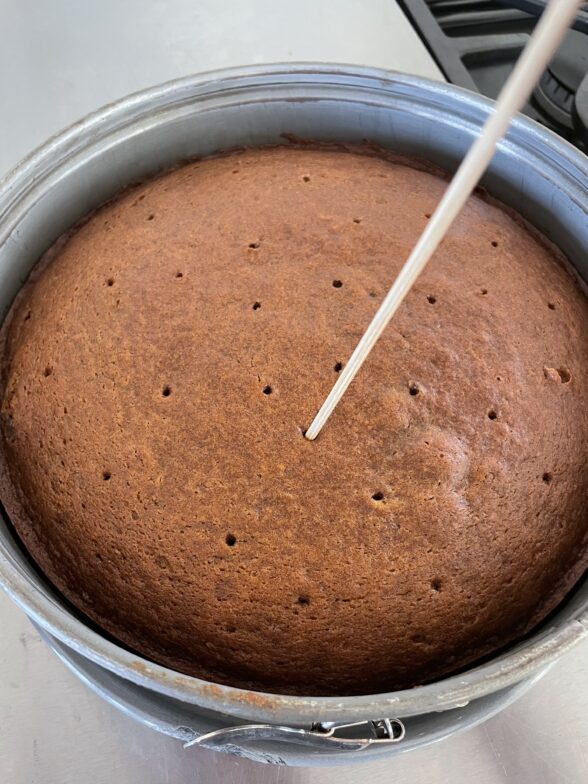 As with almost all my recipes, you can adapt this to suit your dietary needs.  You can make it gluten-free, dairy-free or even vegan.  I have not tested the recipe with every possible alternative product out there, so there may be some variation in the outcomes, but if you stick with the products that give you consistently good results, this dessert will be a success! 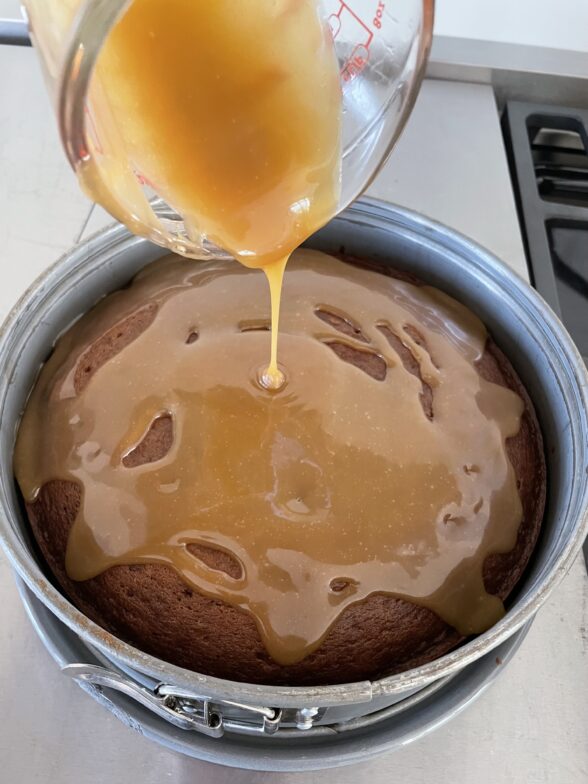 If you’ve ever made my date-sweetened banana bread (one of the first recipes I ever taught), you may have noticed that the date puree takes the place of some of the sugar and some of the fat.  Same here!  It’s one of the many reasons I love this recipe.  It feels more indulgent than it really is.  I am not saying this is health food, but I have kept it in the “Pamela Zone,” with a little less sugar than the traditional. 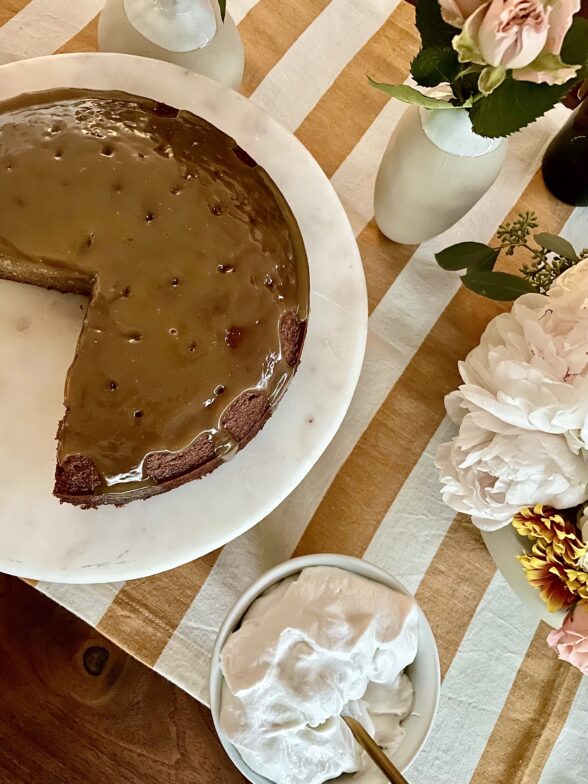 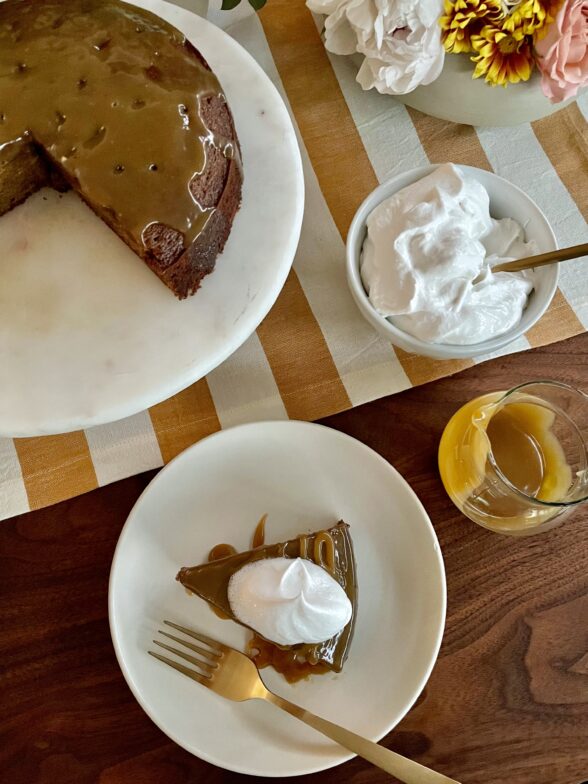 Let me know if you make this recipe and tag me @pamelasalzman #pamelasalzman so I can see your beautiful creations!  You can shop the tools I used for this recipe by clicking on the images below:

5.0 from 1 reviews
Save Print
Sticky Toffee Cake
Author: Pamela
Serves: 12
Ingredients
Instructions
Notes
You can also make individual cakes in ramekins or muffin tins. You will cook for less time. Check after 20 minutes. I actually prefer this cake when it is made a day ahead and served at room temp with warm toffee sauce. But it can also be reheated if you want the cake to be warm as well.

1. Place the sugar, butter, and salt in a medium saucepan. Cook over medium heat, stirring constantly, until the butter has melted, and the sugar has dissolved. It should be a deep amber color.
2. Carefully whisk in the cream, and simmer for 5 minutes or until the mixture is thick and glossy. This mixture can bubble up a lot, so choose a saucepan that is not too small. Toffee sauce can be made ahead of time and warmed up when ready to use it.
3.5.3251 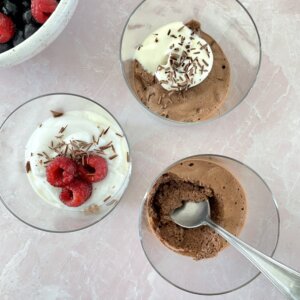 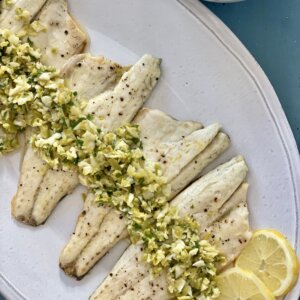 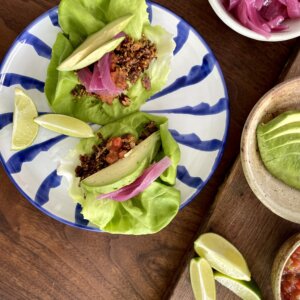 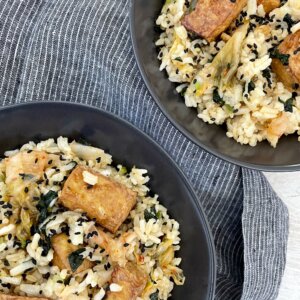 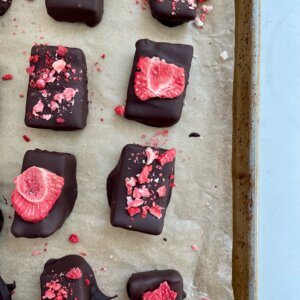 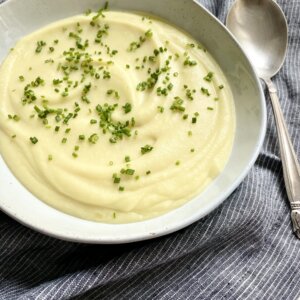 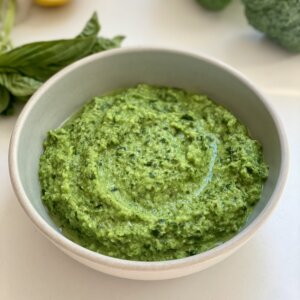 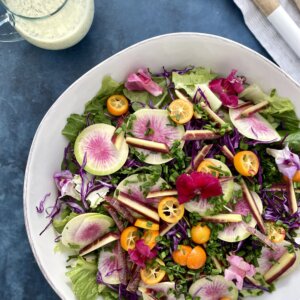 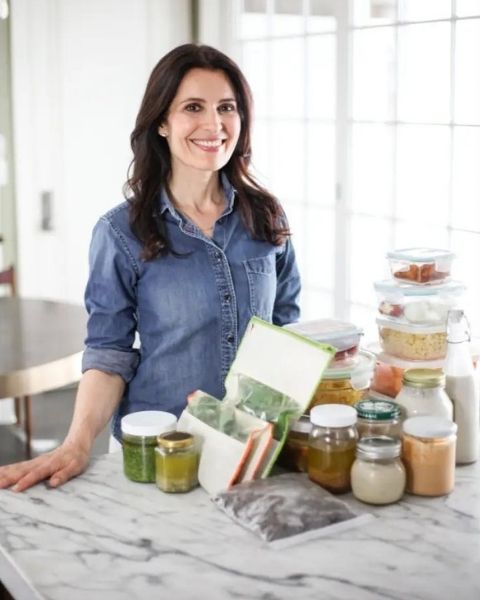 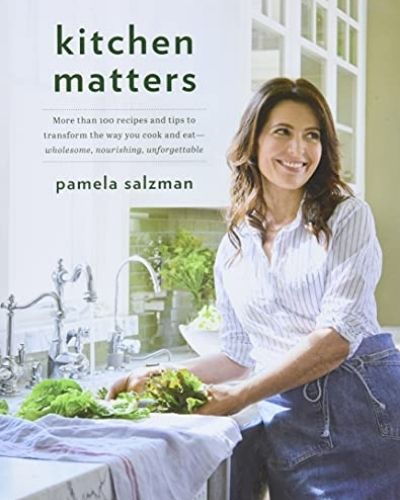 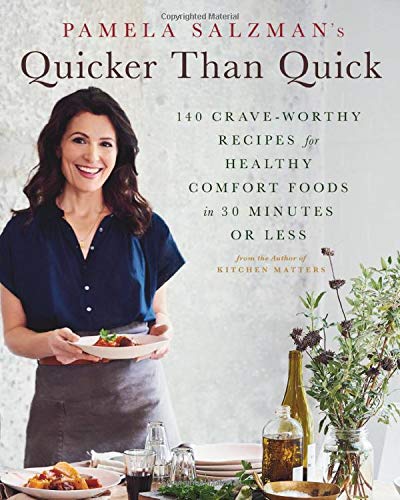