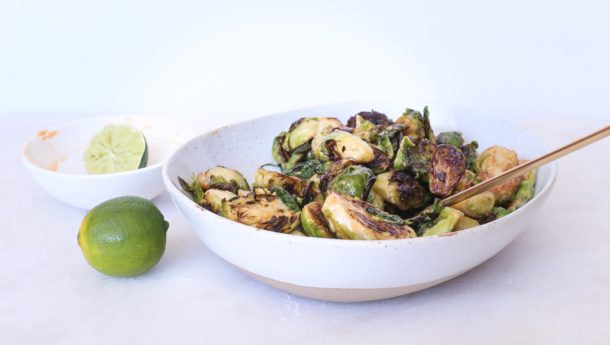 I know many of you have been anxiously anticipating this recipe after seeing it on Instagram.  Brussels sprouts have been the “it” vegetable in the last decade.  I am probably like most of you who grew up eating frozen Brussels sprouts that were then boiled and basically were the most awful thing my mother put in front of us.  I hated Brussels sprouts for years and years until I don’t know who (probably Ina Garten) discovered that we could roast Brussels sprouts and then they would be insanely addictive.  No one even mentioned the fact that Brussels sprouts are also insanely good for you! 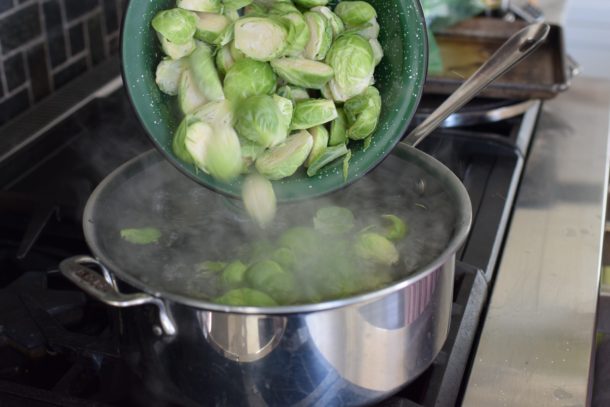 But what first started off as Brussels sprouts roasted in the oven turned to restaurants deep frying Brussels sprouts to achieve that perfect soft interior and crispy exterior. Oooh, delicious but not quite as healthy.  I figured out quite by accident a way to get Brussels sprouts tender in the core and crispy on the outside.  I arrived at a house to teach one morning and the power was out in the entire neighborhood.  No electricity meant no oven and no appliances and no roasted Brussels sprouts for a Brussels sprout slider recipe I was teaching. 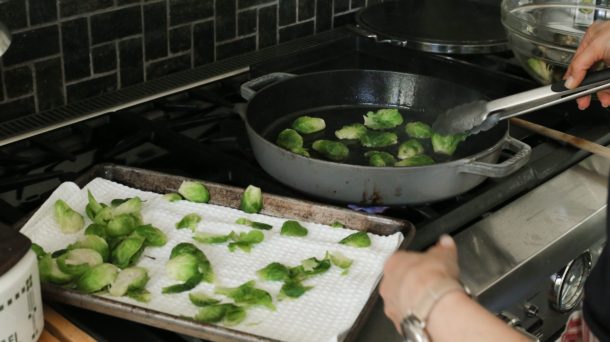 I decided to blanche the sprouts first and then sear them in a cast iron skillet (we had a gas stove to work with fortunately) so I could get some caramelized edges and guess what?  BEST BRUSSELS SPROUTS EVER!  My life changed on that day.  Well, maybe not my entire life, but for sure future Thanksgivings changed.  I had never been able to fit roasted Brussels sprouts on my Thanksgiving menu because I never had the oven space.  Now, I could achieve perfect Brussels sprouts with a couple of burners. 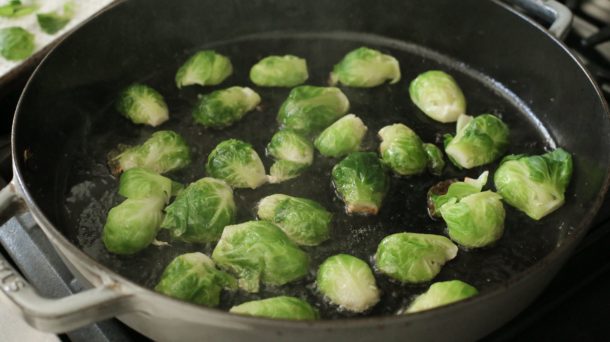 I taught this method for stovetop Brussels sprouts in my Thanksgiving classes the following November and included the recipe in my cookbook.  The recipe was so well-received that I wanted to do what I always encourage my students to do – take a recipe that you love and tweak the flavors.  So I added one of my favorite flavors to basic Brussels sprouts…chipotle! 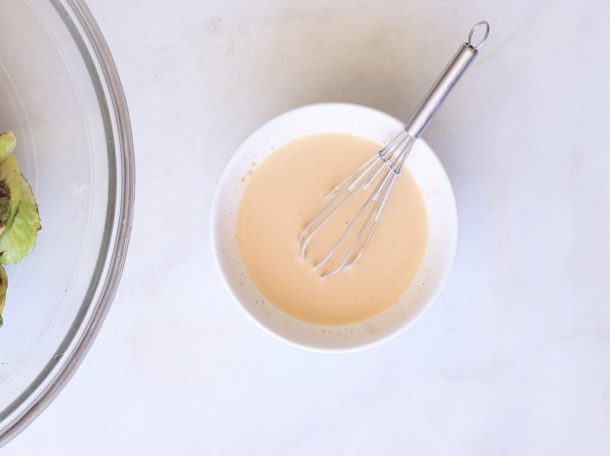 I may have downgraded the healthfulness of the original recipe with the addition of chipotle mayonnaise, but 3 Tablespoons divided by 6 is 1/2 Tablespoon of mayo per person.  I’m not stressing about it.  These are so, so delicious, a little spicy and little tangy.  You don’t have to eat them with a Mexican-inspired meal.  They would be delicious with basic roasted chicken or spice-rubbed salmon or garlic-herb shrimp from the book or a grain bowl.  OMG, they would be heaven over quinoa with some pickled onions and avocado.  OMG. 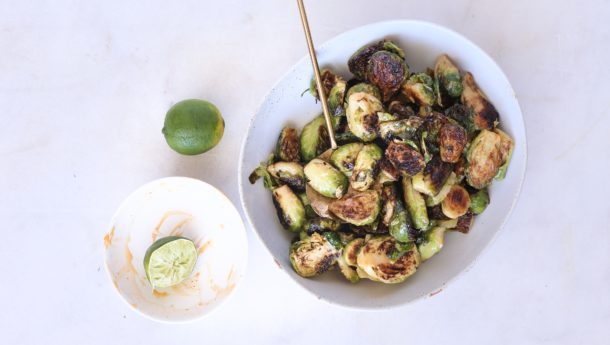 If you can’t find a good chipotle mayonnaise at your market, just take some chipotle powder and add it to plain mayo and taste it to make sure you like the flavor. My favorite one is Sir Kensington’s chipotle Fabanaise (this is not an ad) which uses aqufaba (chickpea liquid) for the egg, so it’s vegan.  You can also try chipotle Vegenaise and Primal Kitchen chipotle mayo (needs a little extra chipotle in my opinion.)  The recipe says it yields 6 servings.  Not so sure about that if I’m really hungry.  The good news is that Brussels sprout season has just started, so there is plenty of time to make this recipe over and over and over again!