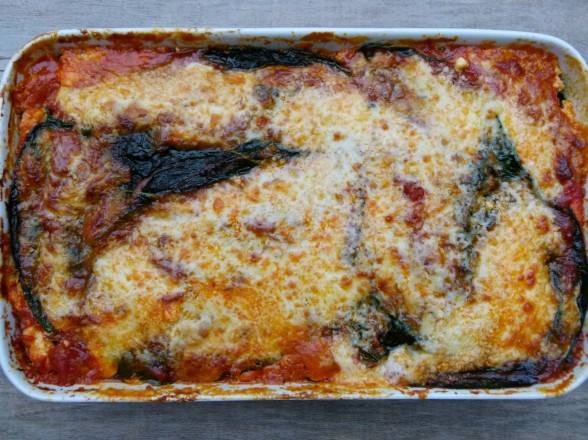 I feel like my universe is in a state of transition right now.  Although I’m sensing this shift in energy in lots of people, not just me.  We’ve transitioned from vacation to school, about to move from summer to fall, and we’re starting to change what we wear.  It’s natural for us to adapt from warmer to cooler weather by adding an extra layer or wearing warmer clothes.  We can think of food in the same way.  It has the ability to warm us up or cool us down.  Even the way you cook or don’t cook your food can change how “warming” or “cooling” it is.  The most cooling form of a vegetable is its raw state, which is why I favor lots of salads and raw soups like gazpacho in the summer.  But today we had the first break in our heat wave and as I scoured the farmers market feeling a little chilly in my short sleeves, I had a hankering for roasted vegetable lasagne. 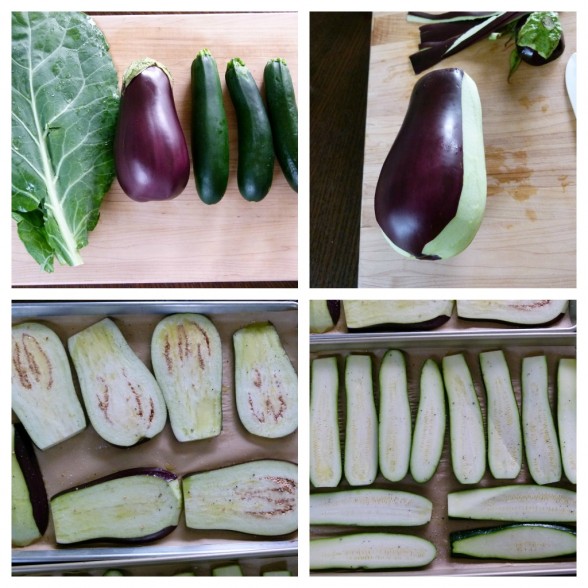 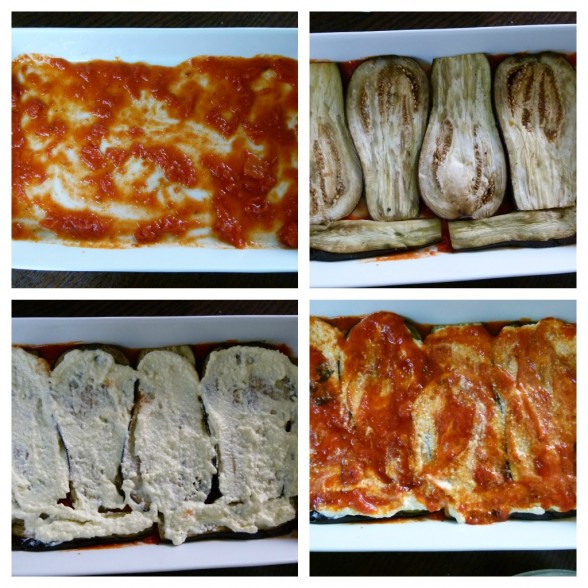 But before you think of the lasagne you eat in the dead of winter — the heavy, cheesy, carb-y, stick-to-your-ribs-and-thighs kind — think again.  Let’s call this one “Transition Lasagne.”  It’s warm, flavorful and satisfying, but it’s mostly vegetables with a mere couple of ounces of pasta in the entire pan, so it’s super light too.  I also use mozzarella only on the top layer and no one seems to have noticed the difference.  If you’ve made lasagne before, you follow the same basic steps of layering except here we use thick slices of roasted vegetables in place of sheets of pasta.  There’s still one layer of pasta, though.  I tried this with all veggies and it was a little too watery.  The top layer of blanched collard greens is really pretty too.  I got the idea from NY Times columnist, Martha Rose Shulman, who published a beautiful “Lasgana with Collard Greens” a few months ago.  Just like Ms. Shulman’s, not only is this lasagne lighter and fresher than the traditional, but no doubt more healthful too. 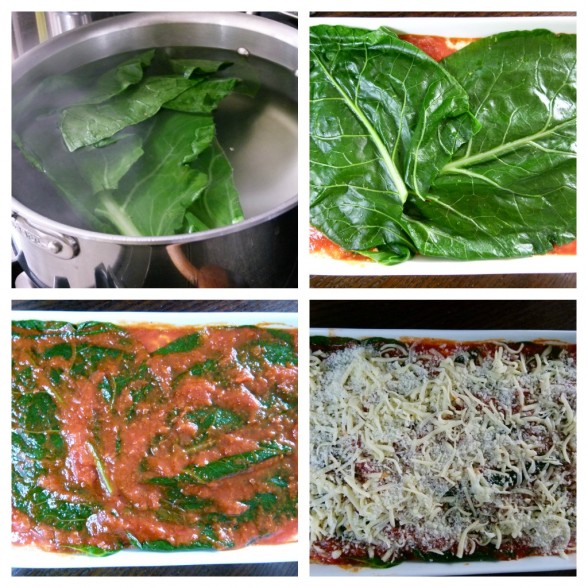 This is exactly what I wanted on a day like today and my family was pretty psyched when they came to the table, too.  Mr. Picky psyched about vegetable lasagne?  Ok, no, he wasn’t.  He picked it apart, scraping the cheese off both the pasta and the zucchini so that it was more palatable to him and the eggplant came over to my plate.  This is actually progress.  Last year he wouldn’t have eaten any of it!  Does this make me crazy?  Not really.  Because I know that transitioning to being a good eater doesn’t just happen with a change in the weather. 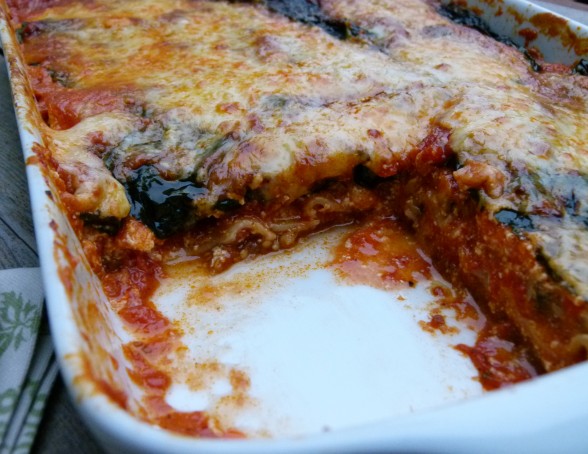 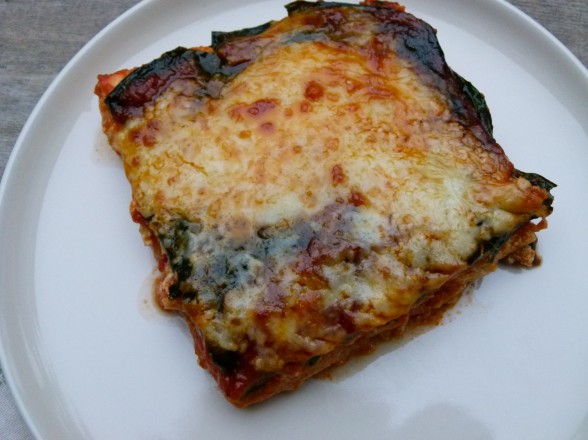 5.0 from 1 reviews
Save Print
Roasted Vegetable Lasagna
Author: Pamela
Serves: 6-8
Ingredients
Instructions
Notes
You can replace one of the layers of vegetables with a layer of pasta, if you prefer. You can also make this “cheesier” by adding a sprinkle of mozzarella in between each layer.

Vegetables can be cooked the morning of or the day before to save yourself some time.
3.3.3077