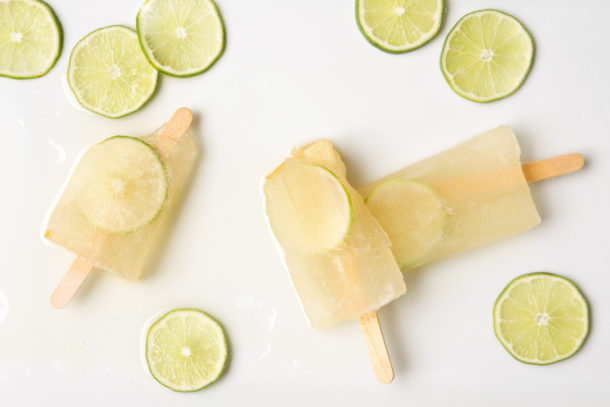 I am not a big drinker, but I do like a little something when I am having dinner with friends on the weekends.  I am partial to a class of red wine or rosé, and occasionally I love a fun cocktail.  My husband and I like different kinds of drinks, but one we agree on is a Moscow Mule, especially in the summer.  Have you had one?  It’s a very refreshing drink made from vodka, spicy ginger beer (which is not beer at all, but similar to ginger ale,) and lime juice, and served in a copper mug.  So good! 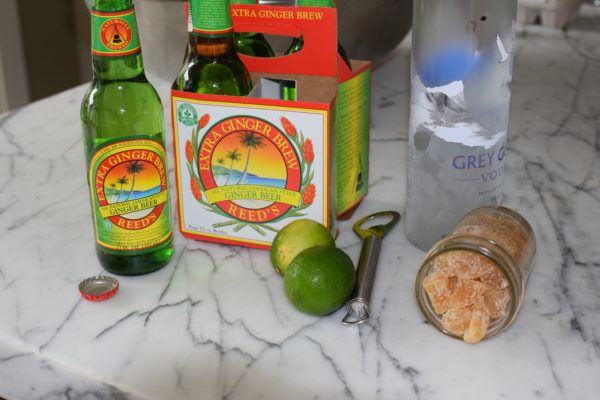 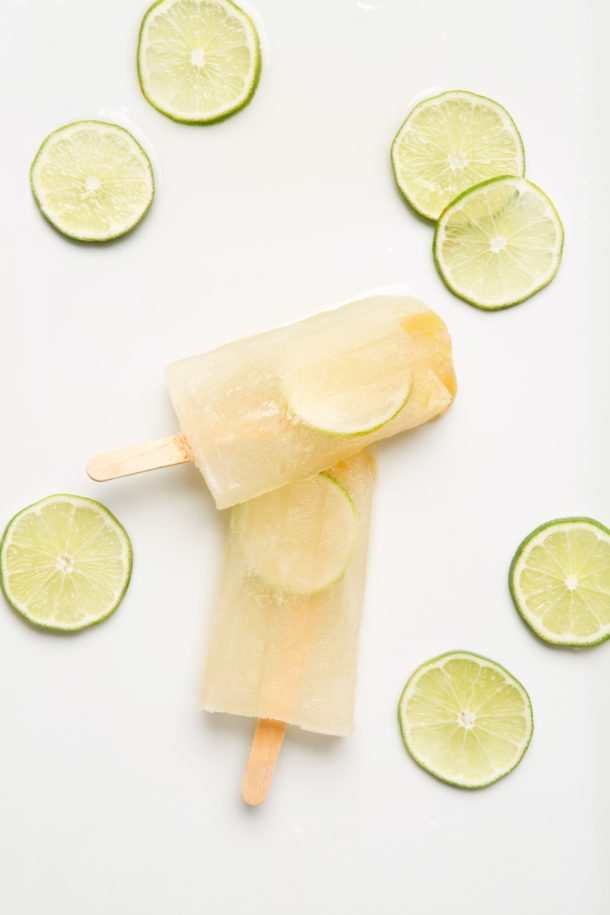 Many years ago (and I mean MANY) I remember the cover of Bon Appetit featured several bright-colored cocktail popsicles.  I thought that was the most genius thing ever and I swear I have been thinking about doing that for the last 15 years!  So I decided to take my new favorite cocktail, the Moscow Mule, and freeze it into a popsicle.  Great idea, right?  Wrong!  Whoops!  Alcohol doesn’t freeze, so I ended it up with a slushy mess in my popsicle molds.  I actually pulled the stick out and nothing was attached! 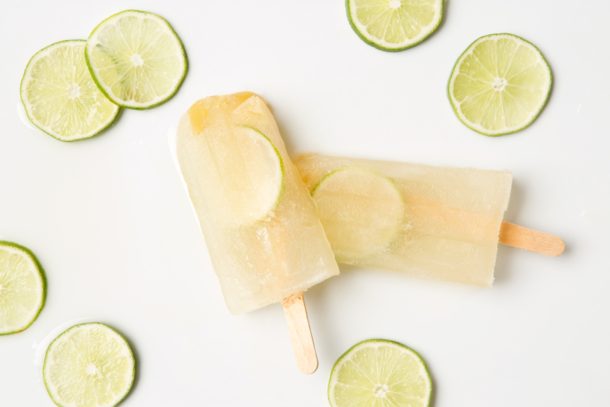 After doing a little research, I figured out the maximum amount of alcohol, i.e. vodka, that could go into a single popsicle that would freeze and not turn into a puddle is only 1 teaspoon.  It’s not exactly enough booze to get buzzed, but I assure you this popsicle still tastes like a Moscow Mule on a stick.  In this batch I also added some crystallized ginger to the mixture, but it all sank to the top of the popsicle.  Not a bad thing, but it didn’t get distributed the way I wanted it to.

This was photographed on a hot day, so they melted quickly, but I promised with only 1 teaspoon of vodka, these will freeze.  My friends all loved them and it was a very fun way to get the evening started.  I know these aren’t the typical super healthy fare I like to post here, but indulging every now and then is fun and that’s my reality.  Make these for your next get-together and your friends will love them!

Save Print
Moscow Mule Popsicles Recipe
Serves: 9 standard popsicles
Ingredients
Instructions
Notes
* It's easier to zest whole limes as opposed to ones that have already been juiced
** If you add more vodka to make these more alcoholic, they will not freeze completely solid.
3.3.3077