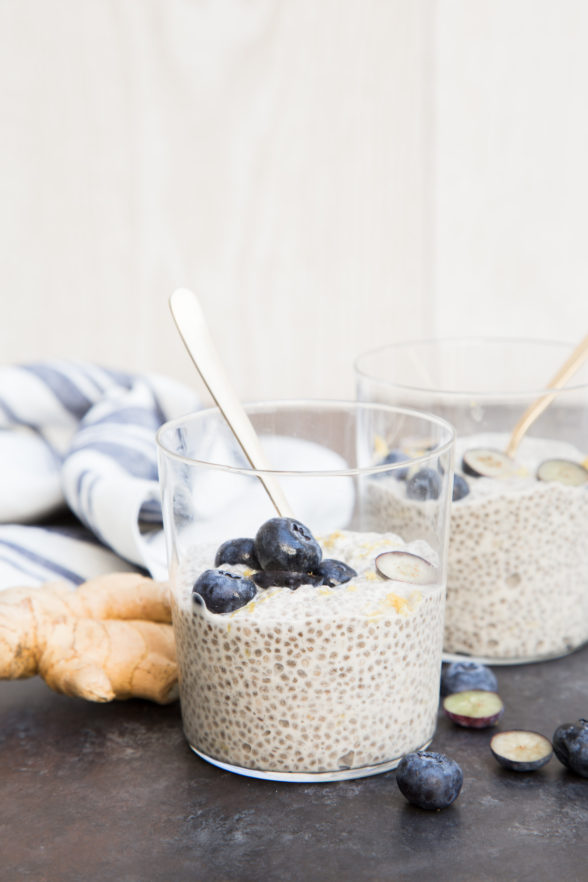 Do you ever think to yourself, who discovered this food that I am now obsessed with and how did I live without it my whole life?  I do.  All the time.  Let me list a few things I never ate or heard of when I was a youngster:  avocados, hemp seeds, almond butter, almond milk, coconut milk, hemp seeds and pretty much anything that Navitas Organics sells, cauliflower in any form other than as a floret, sweet potatoes except on Thanksgiving, kale, açaí, quinoa, millet, spelt, rice that wasn’t white, and chia seeds.  And this is actually just the tip of the iceberg.  I also think, if all this happened in the last couple decades, what’s coming? 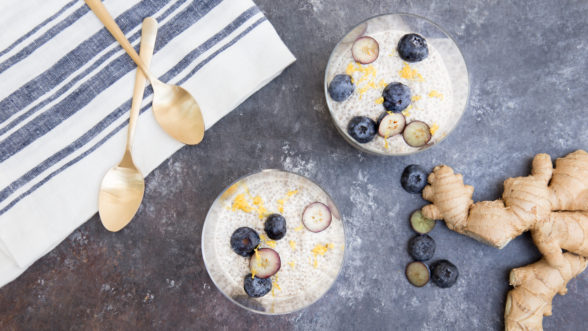 Chia seed pudding isn’t even a novelty anymore.  When chia seed pudding shows up in supermarkets (overpriced, of course) and on The Pioneer Woman’s blog, you know it’s gone mainstream.  Many years ago, I posted basic vanilla and basic cacao chia seed pudding recipes.  I make them all the time, especially the cacao one because it’s Mr. Picky’s favorite.  And anything healthful that Mr. Picky likes…..  But I wanted to share with you my new favorite flavor combo and one that is perfecto for winter — lemon and ginger!  Lemon and ginger are a great match in tea or even soup, so why not in chia pudding? 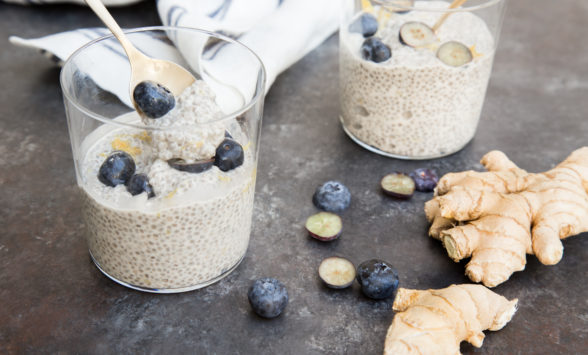 The fact is that this is an absolutely refreshing, zingy and super flavorful pudding.  Adjust the sweetness if you need to, but it’s not too sweet the way it is.  I know many of you are still on a January cleanse, so feel free to use a couple of drops of stevia instead of honey if that works for you.  I don’t know how much ground ginger you would use if you don’t have fresh, but I would start off with much less.  Both ginger and lemon are anti-inflammatory and ginger is especially anti-viral. Chia seeds are LOADED with fiber and protein so chia pudding makes an excellent make-ahead breakfast and snack.  Top it with whipped coconut cream and you’ve got dessert.  I know blueberries aren’t in season, but I needed something with a little contrast for the photo ;).  Oranges or blood oranges would have actually been great, as would pomegranate seeds.

If you make this, I would love to see it!  Please tag me @pamelasalzman #pamelasalzman and I could repost on my stories!  🙂