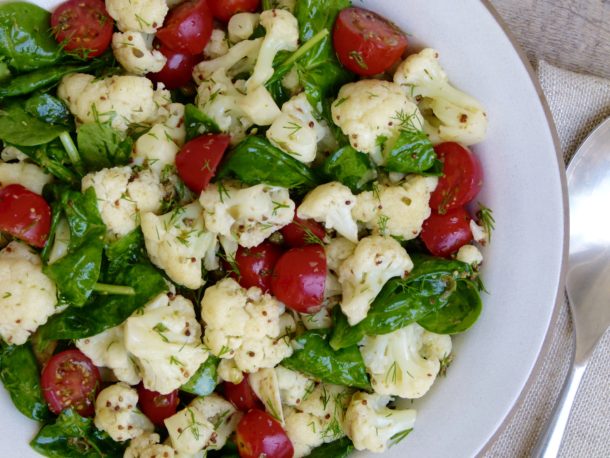 This recipe is an oldie, but goodie! Remember when everyone was like, “Ottolenghi who?”  I bought Yotam Ottolenghi and Sami Tamimi’s first book and knew they were going places with their emphasis on beautiful, veggie-forward, fresh looking recipes which happened to be vegetarian.  This recipe is adapted from their first book, “Ottolenghi.” 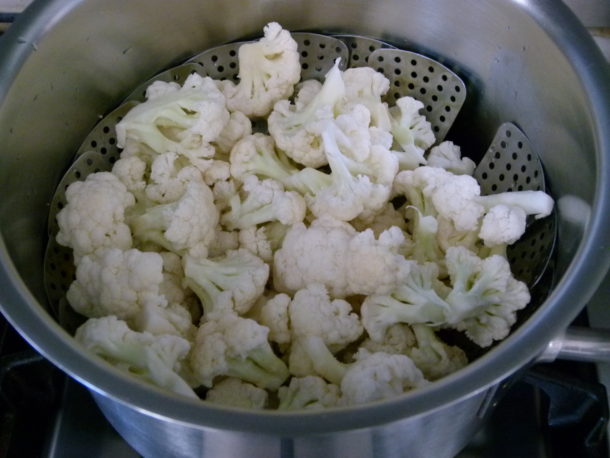 I pretty much can’t get enough of cauliflower.  It used to be a fall/winter vegetable in my book, but now I eat it all year in so many different forms.  Cherry tomatoes, on the other hand, are strictly a summer/early fall ingredient.  So this recipe is one I have been making in September for many years.  I have served it at almost every Rosh Hashana luncheon, as well as weeknight dinners with a piece of salmon or a wedge of frittata. 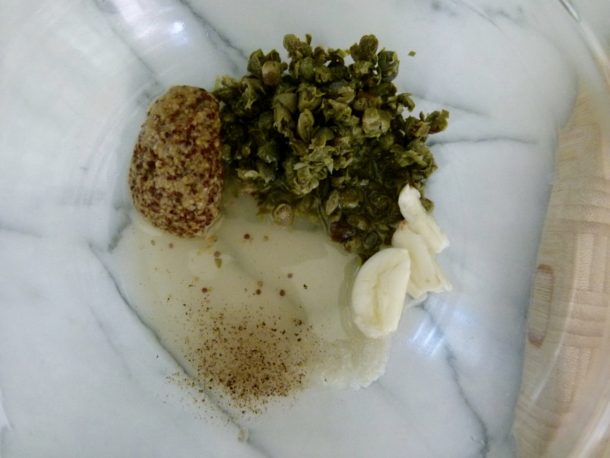 In Ottolenghi’s recipe, the cauliflower is charred, but I prefer to keep the flavor really clean with just a simple blanching. The result is a bright salad with herbaceous dill and a tangy mustard-caper dressing.  It’s so good and I am contemplating how else I can use this delectable dressing. 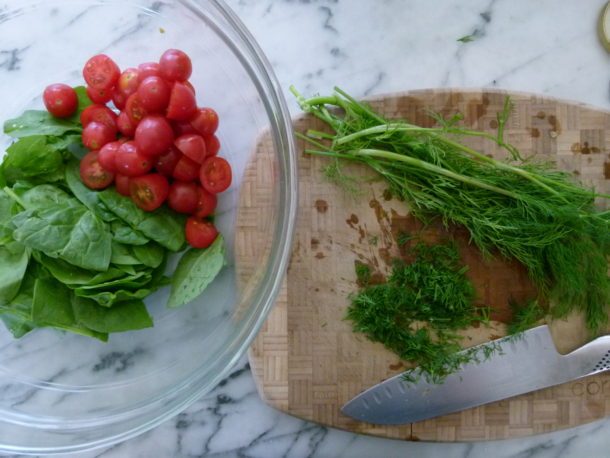 When I make this for the holidays, I prep everything the day before and keep the spinach separate until just before serving so it doesn’t get wilty and discolored.  I know everyone is looking at this for Christmas with all the red and green.  I might consider buying cherry tomatoes out of season just once. 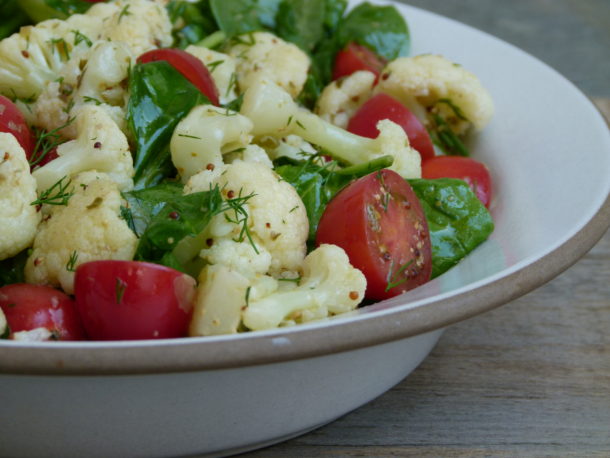 In the meantime, give this a go sooner rather than later and embrace the best of summer and fall! 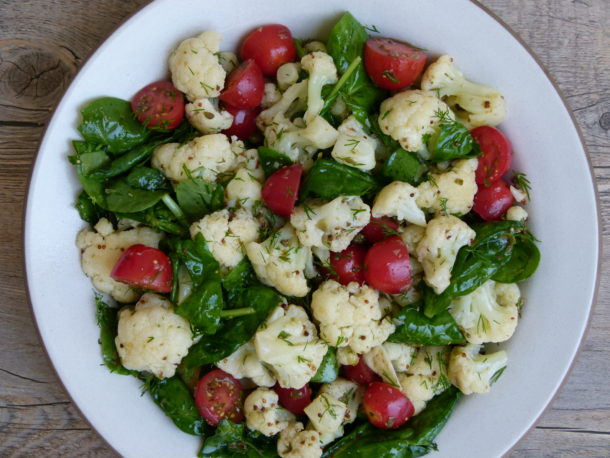