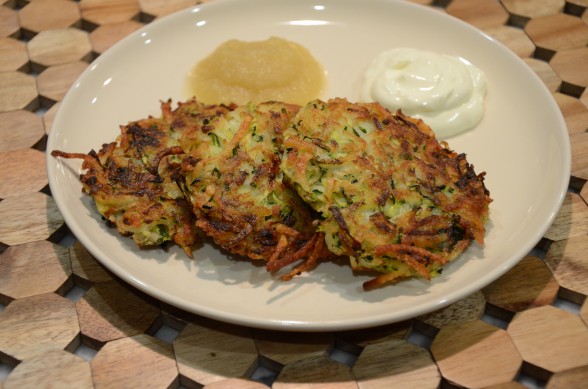 So what does a nice Italian girl from New York make for her nice Jewish husband for Hanukkah?  Zucchini-potato latkes, of course!  Believe me, you don’t have to celebrate Hanukkah to enjoy these little patties.  Grated potatoes mixed with a little onion and lots of fresh zucchini all fried to crispiness.  Mr. Picky has declared that this is the only way he’ll eat zucchini.  So be it.  But uh oh.  That fried bit does make latkes an “occasional” food, which is why we only indulge in them a mere once or twice a year.  Even though frying is a rather unhealthful way to cook, I’ll do it since the latkes are so much more tasty that way. 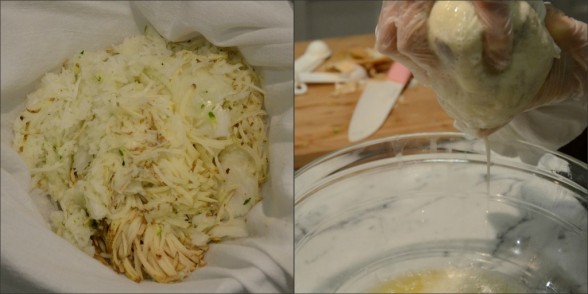 What’s funny about my education in latke-making is that I learned what I know from an unlikely source — my Puerto Rican mother-in-law, who also did not grow up Jewish.  Darn that woman can make the best latkes in the world!  Although she wouldn’t dare put in any zucchini or sweet potatoes in hers, I have accumulated some great tips from her that I will share here: 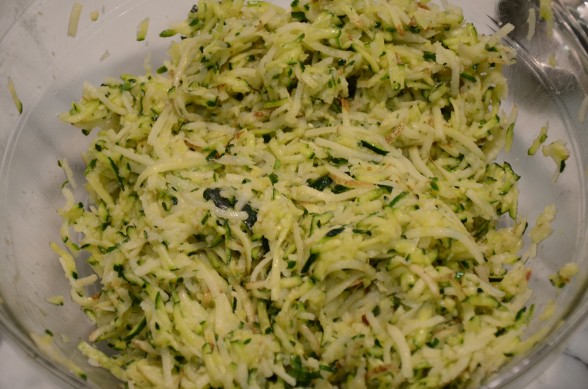 Whatever you celebrate, here’s hoping your holidays are happy! 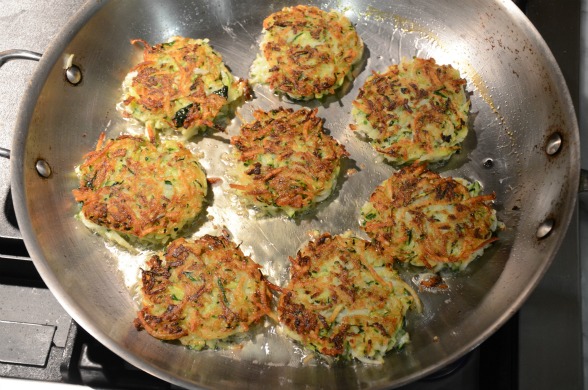 Preheat oven to 425 degrees. Brush a baking sheet with oil. Place formed (raw) latkes on baking sheet and brush tops with oil. Bake 10-15 minutes, or until undersides are golden. Flip latkes and bake another 10-15 minutes until golden on both sides. They won’t be as crispy as the traditional, but a good alternative if you don’t like to fry.

TO FREEZE AND REHEAT LATKES: